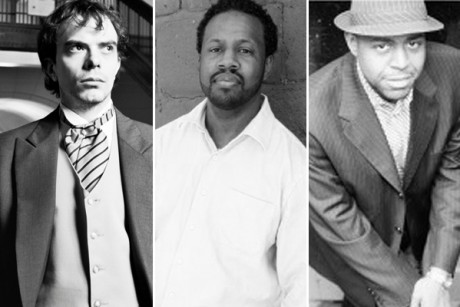 In the late ’50s and ’60s, during the peak of the civil rights movement, marches and meetings had a jazz soundtrack. Masterworks like Max Roach’s “Freedom Now Suite,” Charles Mingus’ “Fables of Faubus” and Sonny Rollins’ “Freedom Suite” were equal parts incendiary and innovative — brilliant music that reflected their times with precision and passion. As that era gave way to the heyday of Black Nationalism, political themes continued in the vibrant jazz of musicians like Archie Shepp, Sunny Murray and Julius Hemphill, among others.

Yet by the ’80s, fight-the-power odes died down in jazz, especially as rap and hip-hop emerged to carry the flag. Jazz veered toward easy listening instead. “I think jazz went through a period in the 1980s and 1990s where it was trying very hard to be ‘America’s Classical Music,’” says composer and bandleader Darcy James Argue. “The intentions behind this were laudable. The movement clearly succeeded in increasing respect for jazz in elite circles — but it also defanged the music by stripping away the social and political context, or by trying to frame it in broadly inoffensive terms.”