i
You are here: Home / Page One / USA Today: As old as jazz itself, Lionel Ferbos keeps on jammin’

USA Today: As old as jazz itself, Lionel Ferbos keeps on jammin’ 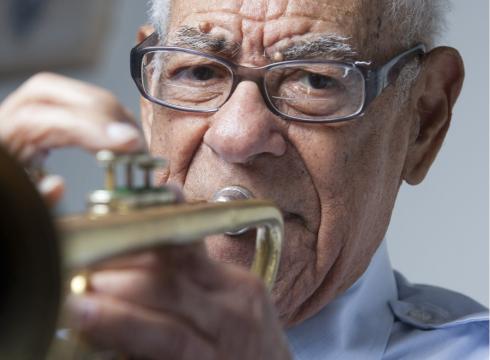 He reads over that night’s music, handwritten with extra large clefs so his ailing eyes can follow them in the club’s dim light. The bartenders fix him a mug of hot water with lemon, to soothe and strengthen vocal cords. An oxygen canister hides behind his chair on the grandstand, in case his lungs falter, which they rarely do. When the lights go low, Ferbos blows into his trumpet and sings not like a man closing in on a century of life but like a young musician making a buck in the city… Read The Full Story